During the 60’s and 70’s, woodlot owners fought hard for the establishment of marketing boards, realizing that without them, they had no hope of being paid a fair dollar for their wood, since the large forestry companies had all the control. 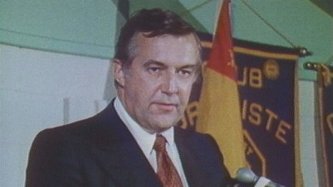 This led to the establishment of marketing boards across the province. Soon after, in 1980, the then Progressive Conservative government under Richard Hatfield brought in the Crown Lands and Forests Act. This act required that wood from private woodlot owners be the primary source of supply, which meant mills could only access Crown wood as a secondary source.
This was great for rural New Brunswick, and for woodlot owners, where, through the marketing boards, small woodlot owners had just as much ability to sell their wood as the larger guys did, and all for a fair price, as negotiated by the marketing boards.  It was a level playing field that benefitted all. 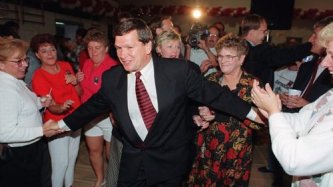 But forestry companies, led by JD Irving lobbied hard for more control. So in the 1990s the Liberal government of Frank McKenna relaxed the rule that said mills must first purchase private wood and only then would be allowed access to Crown wood.
This was the first punch to the gut for private woodlot owners. And then it got worse.
The McKenna government went further and changed the legislation so that forestry companies could purchase wood directly from woodlot owners. This ability to circumvent the boards and deal directly with woodlot owners gave forestry companies an unfair advantage over woodlot owners. Many realized they had no real choice as they needed money, so they signed contracts that paid them on average 15% less than they had been paid previously, when they had marketing boards negotiating on their behalf.
The situation worsened again in 2014, when the Progressive Conservative government of David Alward gave JDI and others even more access to Crown wood, undermining the incentive to purchase private wood even further, effectively throwing private woodlot owners even further under the bus. 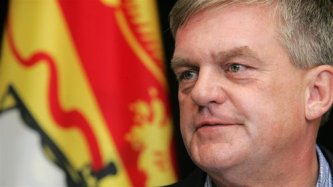 WOODLOT OWNERS IN AN UPHILL BATTLE

The result of these government concessions at the expense of woodlot owners is that now these companies, particularly JDI but also AV Nackawic, show little interest in dealing with marketing boards,, opting instead for private contracts with woodlot owners, one on one. And with access to government supplied Crown wood at their disposal, these negotiations are more lopsided than ever, with the companies holding all the aces.
The result is that woodlot owners, on average, are being paid the same amounts they were paid in 1990, and to make things worse, with more access to Crown land, forestry companies are purchasing less wood from the woodlot owners. For the woodlot owners, it’s a lose-lose double whammy hit.

How healthy would your business (or household) be in 2018 if you were getting paid the same as in 1990?
It’s a bad situation, made worse because the current Liberal government of Brian Gallant is refusing to intervene to fix it.
However we aren’t giving up. But we need you. We know that if enough citizens understand what is going on here, that we are competing with our own government controlled Crown wood, that your sense of fairness may prompt you to help by speaking out. If enough people tell their politicians that woodlot owners are New Brunswick citizens and deserve better from their government, then maybe change will follow.
Realize it is not only the province’s 42,000 woodlot owners who are affected. This is having a disastrous economic impact on much of rural New Brunswick.
So please help us make your fellow New Brunswickers aware of what is going on here in regards to private woodlot owners, by sharing this blog with people you connect with online, and also of course, mention it when you are talking to folks in person.
As well, please consider subscribing to this blog and connecting with us on social media.  We will be sharing more information on just how unfair private woodlot owners in rural New Brunswick are being treated. By becoming aware, and helping us spread the word, you will be part of an effort that hopefully results in positive change. Now there’s something you can be proud of.
Thank you for listening,
Rick Doucett
President, New Brunswick Federation of Woodlot Owners